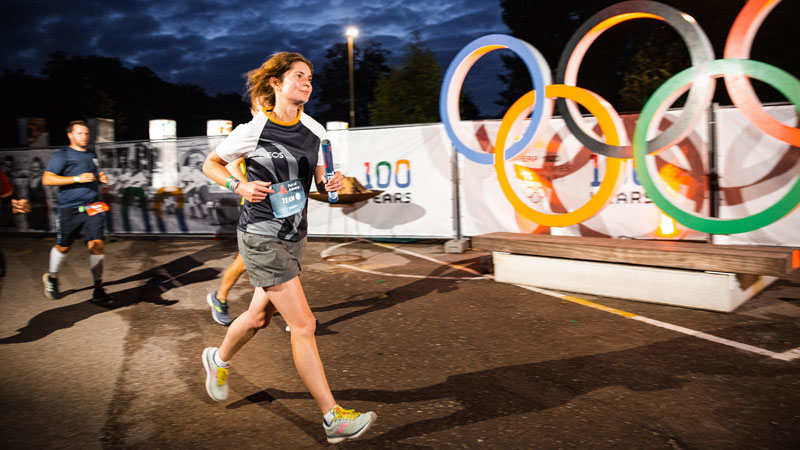 Dry weather and an exceptionally pleasant running temperature were the ideal circumstances for running the very first Port of Antwerp Night marathon. Over 9,000 runners had been looking forward to the first big running party since the Corona crisis, which meant there were only happy faces appearing from the darkness to cross the finish.

On offer to participants of the marathon, half marathon and relay marathon on Saturday night were the lights of the Scheldt and of a great many Antwerp landmarks, and some probably also saw stars as they arrived. They ran from daylight through dusk straight into the night. It provided them with a unique experience and gave the event an extraordinary atmosphere. Plenty of fun and original entertainment along the course took care of the rest. Why a night marathon? That's why.

The first one to cross the Port of Antwerp Night marathon finish line accompanied by loud applause and now also Belgian Marathon Champion was Filip Vercruysse. The 38-year-old from Vlamertinghe finished in 2:24.11 just one minute faster than Tommy Kinders (2:25.04). Bart Verschoren came third in 2:25.23. Vercruysse is not unknown in the marathon world. Last year, he beat his personal record of 2:16.57 in Valencia.

Victoria Warpy was the first woman in 3:02.12, ahead of Lieselotte Beck (who is the new Belgian Champion) and Nel Van Damme. Team JMT from Mol won the marathon relay. The four men, each of whom ran just under or just over 10 kilometres, finished in 2:36.17. By far the most famous participant was Antwerp's mayor Bart De Wever who even managed to come in under his anticipated target with a time of 4:11.21. During his run, he had briefly taken a moment to ignite the flame by the Olympic rings on the Kiel. Councillor for the Port, Annick De Ridder, stopped the clock after just over 5hrs.

Before the marathon runners set off, the half marathon participants were able to set the ball rolling. After just under one hour and 10 minutes, the lead duo Ramdan Snoussi - Rik Thijs raced to victory. Snoussi, who came third in the AG 10 Miles in 2019, beat Thijs by finishing a metre ahead (in 1:09.25). The finish in the women's race was less tight, Elke Heirman won in 1:22.31.

When the very last marathon runner crossed the line by the MAS at 1:35am the night finally settle over Antwerpen.

Port of Antwerp Night Marathon to finish by MAS